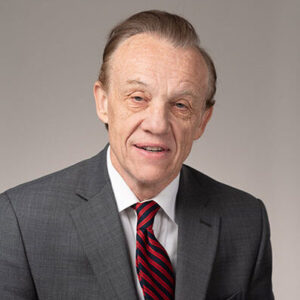 Mark joined GE Real Estate in 1997 to start GE’s first large loan CMBS group which handled all GE CMBS transactions over $35MM. From 1997 to 2009, Mark was GE’s longest tenured large-loan Banker, closing over $6B of large loan business from Institutional borrowers across the country.

Prior to joining GE, Mark was Director of Originations and a member of the Board of Directors of Wingate Capital (CW Capital) and from 1991-1997 headed up national production for Continental Wingate’s retail commercial mortgage group focusing on FHA/GNMA Project Loan transactions, and supervised billions in GNMA backed Project Loan closings. Prior to 1990, Mark was the top producer for, and helped manage the Kidder Peabody/Wingate equity funds which exclusively invested in multi-family real estate by wrapping a participation around GNMA securities.

From 1983-1986 Mark was Head of Development for the Hanover Companies, which developed multifamily housing. Mark is a Section 79 Registered Rep, CPA, and has a B.A. and MBA from Brigham Young University.